The Modern Park-O-Meter: How Finix And Passport Are Powering The Next Parking Revolution With Payments

Carl C. Magee had a problem.

It was 1932, and Magee, the founder of the Oklahoma News, was serving as the chair of the Traffic Committee for the Oklahoma City Chamber of Commerce. The city was facing a seemingly intractable problem. The number of cars in the state had exploded, from a couple thousand in 1910 to more than 500,000, causing unprecedented congestion, particularly in the capital’s downtown.

Owners of businesses located in the heart of the city bemoaned the lack of available parking near their shops. The cars of those who worked in the area occupied the convenient spots all day long, forcing potential customers to park far away. Attempts to address this issue — time limits, hourly rounds by parking enforcement officers — had yielded little success and so the chamber charged Magee with finding a solution.

And find one he did.

On July 16, 1935, Magee installed the first Park-O-Meter No 1 on the southeast corner of Robinson and First Street. The low-cost, tamper-proof device had a windable clock-type mainspring, activated by the insertion of a nickel. Magee’s solution worked, improving traffic, and creating a new source of revenue for the city. Parking meters soon became a fixture of the urban landscape worldwide.

Magee’s invention succeeded because it brought payments to parking. In essence, the Park-O-Meter was a rudimentary, immobile point-of-sale (POS) device, collecting coins in exchange for time. Eighty-eight years later, parking meters have not changed much. Cogs and gears have given way to CPUs, but drivers must still present payment at or near their desired space then watch the clock to ensure they return to their vehicle before the timer runs out.

Thankfully for motorists everywhere, a revolution has come to parking. Passport Labs uses software to transform a driver’s smartphone into a POS device, obviating the need for Magee’s meter. Users that find and pay for parking through the app can leverage a wide variety of payment types, which can be stored for later use. Paying for extra time is accomplished with a few taps of the finger instead of a mad dash back to the meter.

While it may look seamless to the user, bringing payments to parking in our modern age is anything but. The complexities of integrating into legacy payment systems, the myriad of ever-changing regulation, and constant threat of attack from wayward actors makes the thought of embedding payments into software a daunting, risky, and expensive prospect for many developers. Building and maintaining critical integrations into payment processors and keeping them compliant and secure can take years, cost a software company millions, and suck precious engineering resources away from the core business.

Finix is a payments infrastructure provider for software companies — a set of tools that allows customers to own, manage, and monetize their payments quickly and cost-effectively. By leveraging Finix, Passport was able to design and build their own payment flows, resulting in not only a better customer experience but lower costs and a dramatically faster time to market.

So how exactly did Passport embed payments into its software? And how did Finix support Passport in doing so?

Greg Hammermaster is the head of payments at Passport. He has spent his entire career working at venerable organizations across the payments ecosystem — banks, payment processors, and even a card network. He knows all too well the challenges of integrating into their legacy systems.

“Managing and maintaining critical integration points in our payments flow is not something we wanted to focus on,” Hammermaster says. “There is regulatory risk, security risk, reputational risk; if you don’t have specific payments systems expertise, you can become exposed. We wanted Finix to create and maintain the critical integration points between Worldpay and our platform.”

Worldpay is the largest payment processor in the United States by volume, processing 42 billion transactions worth $1.6T. It’s the result of a series of mergers and acquisitions: Vantiv, an Ohio-based processor, and Worldpay merged in 2018. Then FIS bought the combined entity in a giant $43B acquisition last year. So integrating into Worldpay is actually integrating into several disjointed systems.

And if that weren’t complicated enough, Worldpay, like the vast majority of its payment processing brethren, uses a mainframe to process transactions. Mainframes are massive computers that predate the PC. They are bulletproof, known for their ability to process an incredible volume of transactions with extremely high reliability and security, crucial for the world of payment processing. However, they can be inflexible and difficult to work with and today fall outside most developers’ bailiwick.

Hammermaster and his team need not preoccupy themselves with the travails of integrating into Worldpay’s mainframe-based system because Finix does it for them. Hammermaster simply tells the Passport software to reach out to Finix’s Worldpay application programming interface (API) to onboard their clients for integrated payments and facilitate the daily settlement files from the card networks.

Now integrated into Worldpay, Passport uses Finix’s platform to set rules for how transactions are processed. While consumers access Passport’s software on their mobile devices, Passport actually sells to parking operators like city governments and garage owners, who then drive their parkers to use it. Before offering an end-to-end payment experience, each of Passport’s parking operator customers had to use their retail merchant processor; Passport would route payment authorization data through its gateway to each customer’s merchant processor. This put the merchant pricing, settlement, reporting and reconciliation, or lack thereof, in the hands of a disconnected merchant processor meaningfully affecting the experience for Passport’s client, the end consumer and Passport’s bottom-line.

Here’s an example: Let’s say you are headed to brunch, and you use Passport to park your car for an hour. It takes longer to get seated than you expected (you really should have made a reservation) and 45 minutes into your parking session you are notified via the app that you are nearing expiration and give the option to extend for 15 minutes. Not a problem. You can pull out your phone and tap on the Passport mobile app to add another 30 minutes. But before, when Passport didn’t control the entire payments experience, that could mean two credit card authorizations and two transaction fees. Now that Passport can design and manage its entire payments flow through Finix, the two are consolidated into a single transaction, resulting in cost savings and a better, more seamless user experience.

Passport has built a superior user experience to Carl Magee’s nickel-operated park-o-meter. But we’re only just beginning to witness how embedding payments deeply into software can create superior business models. “Whether it is hailing a car or parking if you are vertically integrated — able to marry software with payments — you will find ways to be more efficient and effective and provide your users a conclusive, all in one experience,” Hammermaster says. 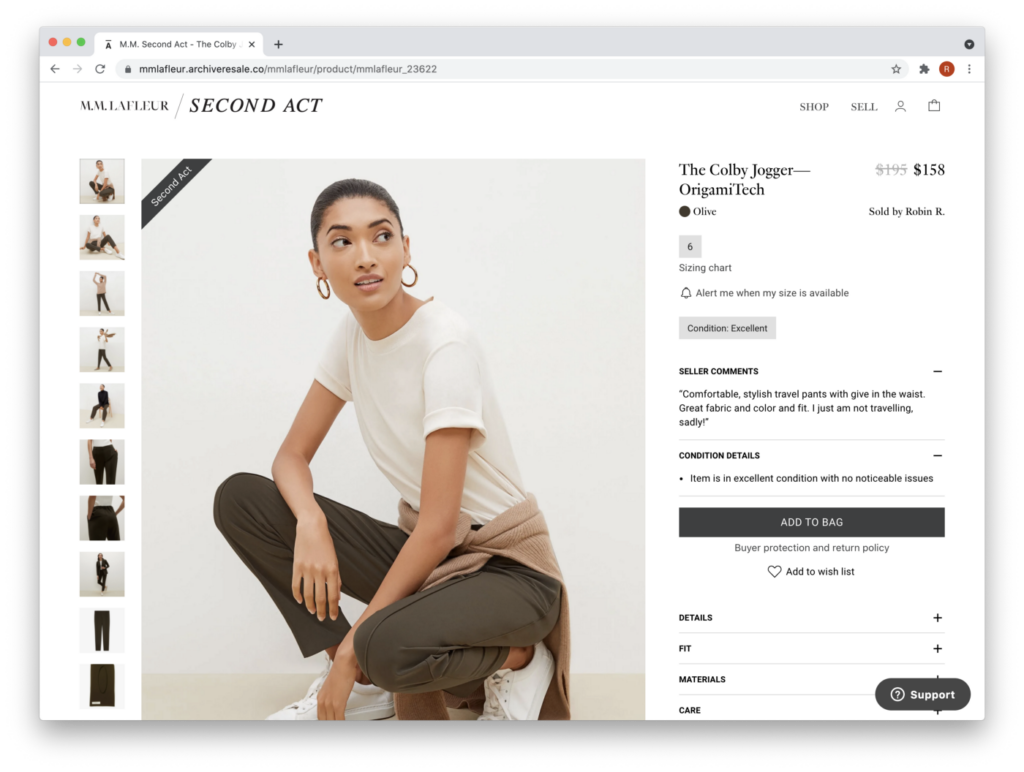 Why We Invested In Archive: Enabling Brands To Reclaim Their Resale Market

by Sarah Smith and Zeeza Cole, Bain Capital Ventures We grew up in thrifty families that saw the value of wearing secondhand clothes that spanned generations, so we understood the “vintage cool” factor and sustainability of re-use from an early age. When we heard Emily Gittins and Ryan Rowe’s vision for Archive to power every brand’s secondhand marketplace, the nostalgia and inherent value resonated […] 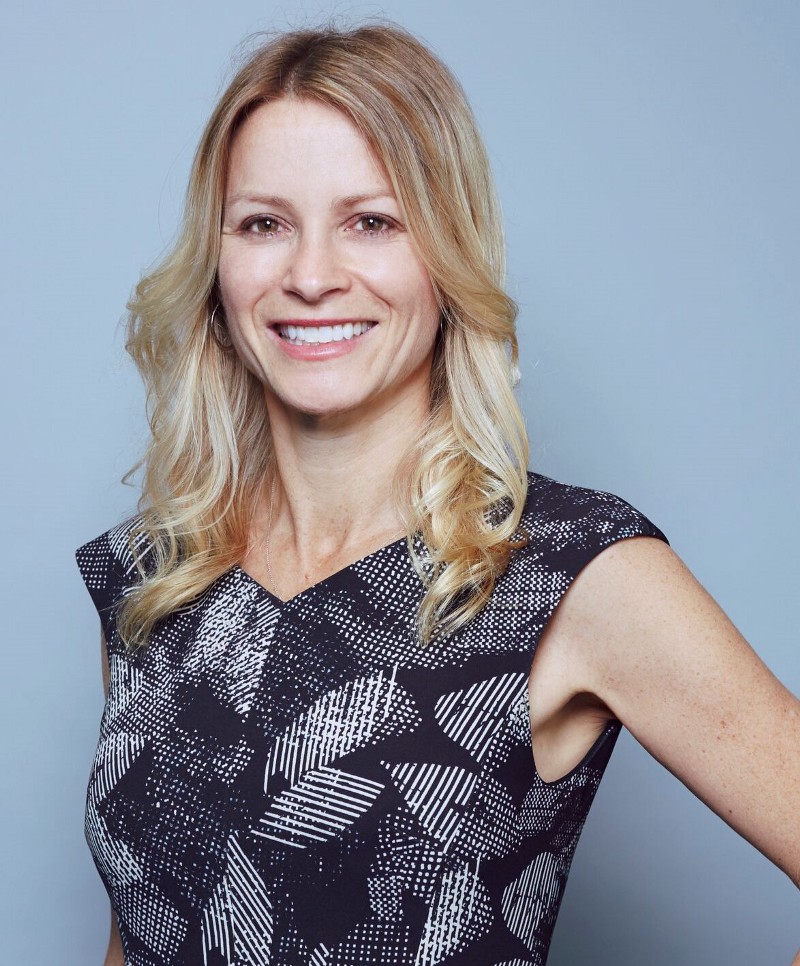 Ask An Angel: Why Katie Jacobs Stanton Decided To Take The ‘Big Swing’ And Launch Her Own Fund

As part of our Network Investing Program, we invest in the funds of top early-stage investors to identify and back exceptional founders. We launched the program in July 2017, and currently have 35 active angel fund managers who have a combined portfolio of 850+ companies. In this Q&A with Katie Jacobs Stanton, one of the […] 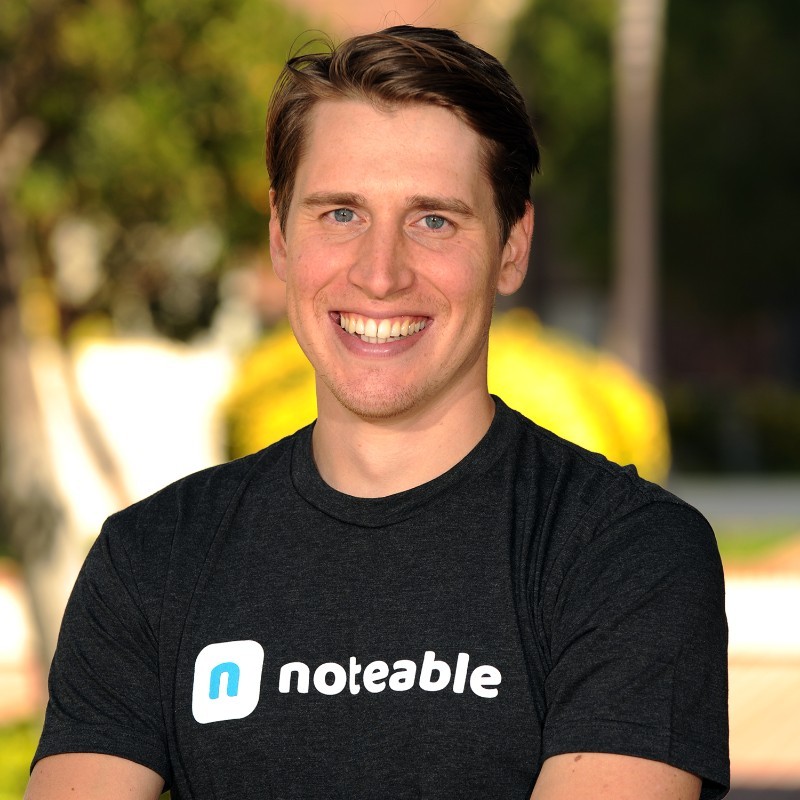 In our Making Markets series, learn from exceptional entrepreneurs about their magic moments in company building and important lessons for shaping the industries that matter today. Sign up to get Making Markets and other updates from BCV in your inbox. The world is awash in data. IDC estimates that 74 zettabytes of data will be […]